Halfaxa is the second solo studio album by Canadian recording artist Grimes. It was released in Canada on October 5, 2010, by Arbutus Records, and in the United Kingdom and mainland Europe in May 2011 by Lo Recordings. The default version, released by Arbutus, has a length of 50:01, while the Lo Recordings pressings version features 2 exclusive tracks — "∆∆∆∆Rasik∆∆∆∆" and "Heartbeats" — which make up a total running time of 56:23. Main genres are synthpop, ambient pop, dark wave and ethereal wave

Halfaxa had mostly positive reviews from music critics. Mike Diver from BBC Music gave the album a positive review saying "Persevere and Halfaxa is quite the beguiling beauty"[1]. Writing from Drowned in Sound, April Clare Welsh stated: "This is not the kind of gut-wrenching, heart-racing, shiver-inducing stuff that knocks you for six and leaves you gagging for more. But as nostalgic, hand-crafted pastiches of contemporary pop music go, it's pretty good"[2].

Julian Marszalek from The Quietus wrote that "Yet this is a minor gripe, and Halfaxa announces the arrival of a talent that, with the right guidance and nurturing, should thrive"[3]. Finally, Tim Schott from Index Voice commented: "Above all, Boucher does a fantastic job of blending together all the instruments she has available — including the one that's with her no matter where she goes — to piece together a gem of an album", giving Halfaxa a B+[4]. 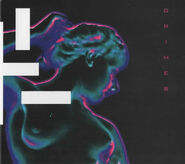 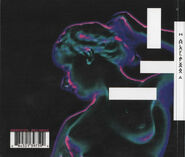 Halfaxa CD (back)
Community content is available under CC-BY-SA unless otherwise noted.
Advertisement